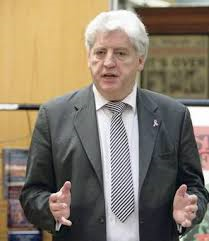 SDLP leader Alasdair McDonnell is to quit his south Belfast Assembly seat to focus on his role as an MP at Westminster.

Dr McDonnell retained his seat in South Belfast with 9,560 votes with just 1,000 majority over the DUP’s Jonathan Bell.

The south Belfast MP said he would talk to party colleagues and “set processes in train” to find a replacement.

“I will be talking to the party about the process of moving now that I have secured the Westminster seat for the third time and that’s a major achievement,” he told the BBC’s Sunday Politics Show.

One likely replacement for Mr McDonnell could be Claire Hanna.

She lost out the last time an Assembly seat came up for grabs in 2012 when she was pipped by Fergal McKinney to replace Conall McDevitt.

The SDLP also held onto its Westminster seats in Foyle and South Down.

The DUP won the largest number of seats in the general election securing eight.

Sinn Féin won four seats, the UUP two and Lady Sylvia Hermon retained her seat in North Down as an independent unionist.