NI VOTERS GO TO THE POLLS 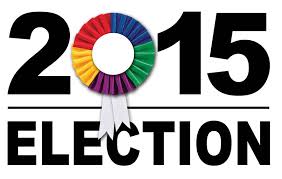 NORTHERN Ireland voters are going to the polls today to pick 18 MPs in the 2015 General Election.

A total of 138 candidates from across the political spectrum are running in the 18 constituencies.

Polling stations opened at 7 am and will close at 10 pm tonight.

Counting will take place overnight in eight different centres and the first results in Northern Ireland are expected around 1 am on Friday morning.

The main Belfast count is taking place at the Kings Hall.

Constituencies of interest will be Fermanagh and South Tyrone where Sinn Fein’s Michelle Gildernew holds a majority of four votes.

The DUP’s Gavin Robinson is the bookies favourite to regain east Belfast from the Alliance’s Naomi Long.

And south Belfast is also a seat of interest where the SDLP’s Alasdair McDonnell is fighting to stave off advances from the DUP’s Jonathan Bell and former Sinn Fein Belfast Lord Mayor Mairtin O’Muilleoir.