ON THE RUN KILLER THOMAS VALLIDAY ARRESTED BY COPS 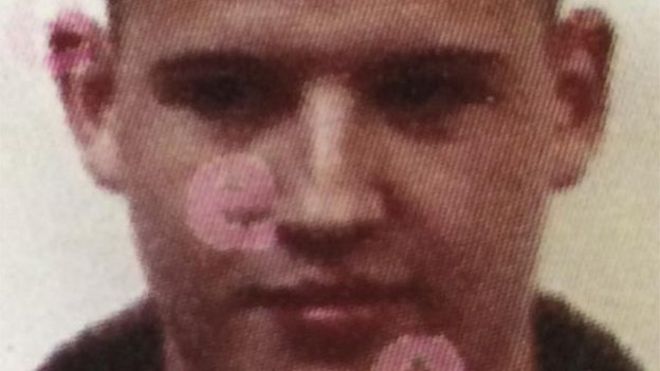 POLICE have revealed that on the run murder Thomas Valliday has been arrested.

Superintendent Sean Wright confirmed that police arrested the 27 year old in Belfast last night, Monday, May 4, who has been unlawfully at large from Maghaberry Prison since Friday 1st May.

“He will be taken for interview by police before being returned to prison in due course.

“I would like to take this opportunity to thank members of the public in helping police to get this dangerous individual back into custody and in keeping people safe.”

Police had issued a warning to the public not to approach the 27-year-old as he is considered dangerous.

Valliday was told in March 2010 that he would serve at least 17 years of a life sentence for the murder of west Belfast man Frank ‘Bap’ McGreevy.

He attacked the 51-year-old former IRA prisoner in his flat in Ross Street in Belfast in March 2008.

Valliday, also from west Belfast, was high on a cocktail of drink and drugs when he battered Mr McGreevy with a variety of weapons, including a pick-axe handle.