AND THEY ARE OFF….THOUSANDS OF RUNNERS TAKE TO THE STREETS FOR BELFAST CITY MARATHON 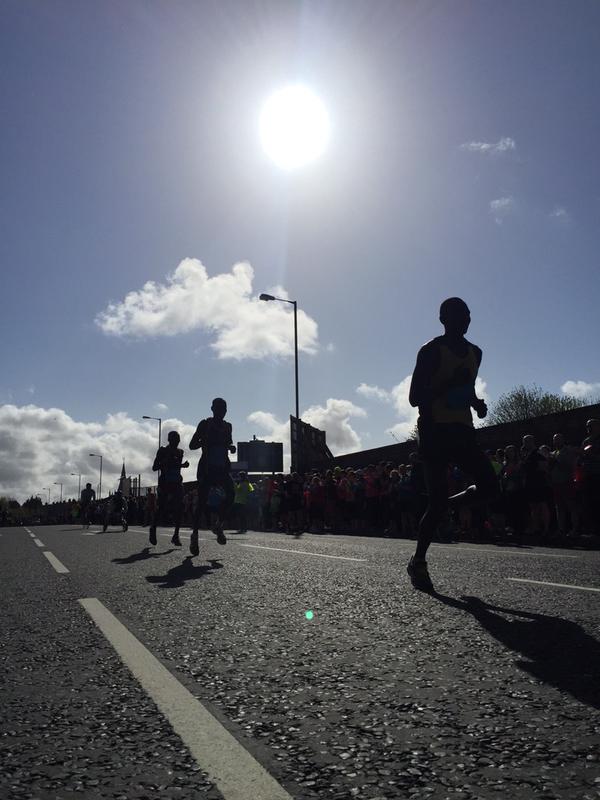 THE Belfast City Marathon has got under way with more than 17,500 people are taking to the streets.

As runners pound the roads, motorists havve been advised to expect some disruption.

The event includes the marathon, a team relay, an eight-mile walk, a wheelchair race and a fun run.

The annual event kicked off at 9 am and traffic control measures are in place in some parts of central and east Belfast until 3 pm.

The race is due to finish at Ormeau Park this afternoon.

A police spokesman advised motorists that the Sydenham bypass, and some roads in the city centre and east Belfast will be affected from 6.30 am to 11 am.

Some Translink Metro bus services will operate from temporary departure points, because the roads at the front and sides of Belfast City Hall will be closed to traffic in the build up to and during the race.

Other routes in north Belfast, including Shore Road, Newtownabbey, the M2 Greencastle and Dargan Road, will be disrupted from 9.30 am to 1.30 pm.

Drivers travelling to and from the Stena Line terminal, off the M2 at Fortwilliam, should be aware of possible delays and leave extra time for their journeys.

The competitors will pass through Oxford Street, Ormeau Road and Ravenhill Road from 11 am to 3 pm.

The fun run starts 20 minutes after the main event and is about three miles long.