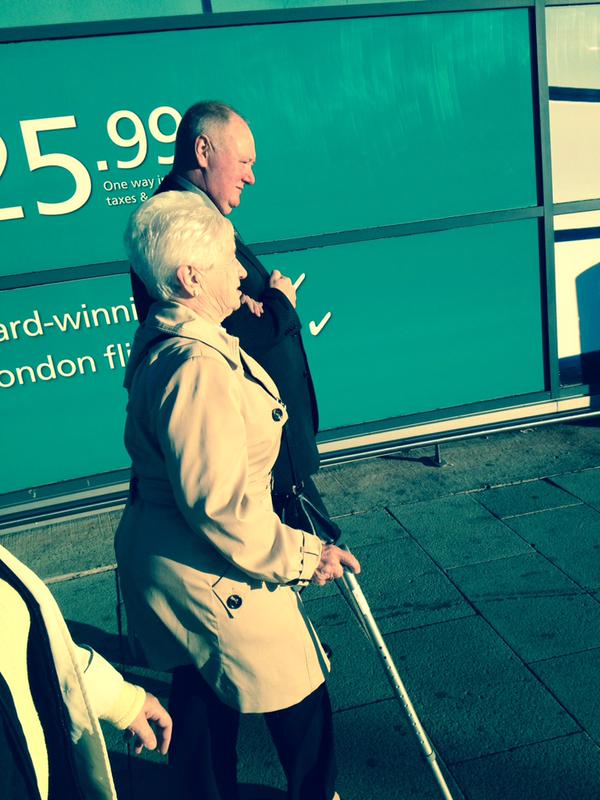 THE Belfast widow who is suing a British Army officer over alleged actions during the Troubles is travelling to London today to start her legal proceedings over her husband’s murder by a loyalist state agent.

Mary Heenan is taking the landmark civil suit against former Army General Sir Frank Kitson over the death of her husband in a loyalist grenade attack in February 1973.

She is expected to issue legal proceedings against the former commander and the Ministry of Defence in Whitehall later today.

Mrs Heenan said: “I am 88 years of age, roughly the same age as Frank Kitson.

“I am entitled to accountability and we seek answers from the person we believe bears a significant, if not sole, responsibility for my husband’s murder.”

Eugene ‘Patrick’ Heenan, 47, was killed in February 1973 when the minibus in which he was travelling was targeted by loyalist paramilitaries in East Belfast.

It is claimed Gen Kitson, a career soldier who rose to become Commander-in-Chief UK Land Forces from 1982 to 1985, was a senior figure in the running of military operations in Northern Ireland during the early 1970s.

He has been named as a co-defendant in the legal action on grounds that he and others used agents knowing, or should have known, that they would take part in criminal actions.

It is the first time a retired senior soldier has been personally sued in connection with the Troubles.

Mrs Heenan added: “When we talk about a government and a policy in reality it comes down to individuals who think up these policies and then carry them out.

“Our family is firmly of the view that in the absence of Kitson’s manuals and involvement here then Patrick would not have been murdered.”

Mr Heenan was a foreman joiner who had been overseeing part of the construction of a Catholic school in east Belfast at the time of his murder.

When the Army-issue hand grenade was thrown into the packed minibus, which had been deliberately slowed, he took the full force of the blast while trying to shield the other passengers.

“His was a deeply religious man who just lived for the five kids and me. He was a devoted pioneer within the church. He’d do anyone a good turn and was always helping neighbours.

“His selfless action in immediately thinking of others was just his way and had he not have done so, then the fatalities and injuries would have been much worse.

“I take a comfort in that at times, though I miss him terribly every single day.”

He later claimed to have links to British intelligence.

Solicitor Kevin Winters of KRW LAW said: “These are civil proceedings for damages but their core value is to obtain truth and accountability for our clients as to the role of the British Army and Frank Kitson in the counter-insurgency operation in the north of Ireland during the early part of the conflict and the use of loyalist paramilitary gangs to contain the republican-nationalist threat through terror, manipulation of the rule of law, infiltration and subversion all core to the Kitson military of doctrine endorsed by the British army and the British government at the time.”

Clara Reilly from Relatives for Justice which is supporting the Heenan family said: “It’s now time for truth and above all families want accountability”