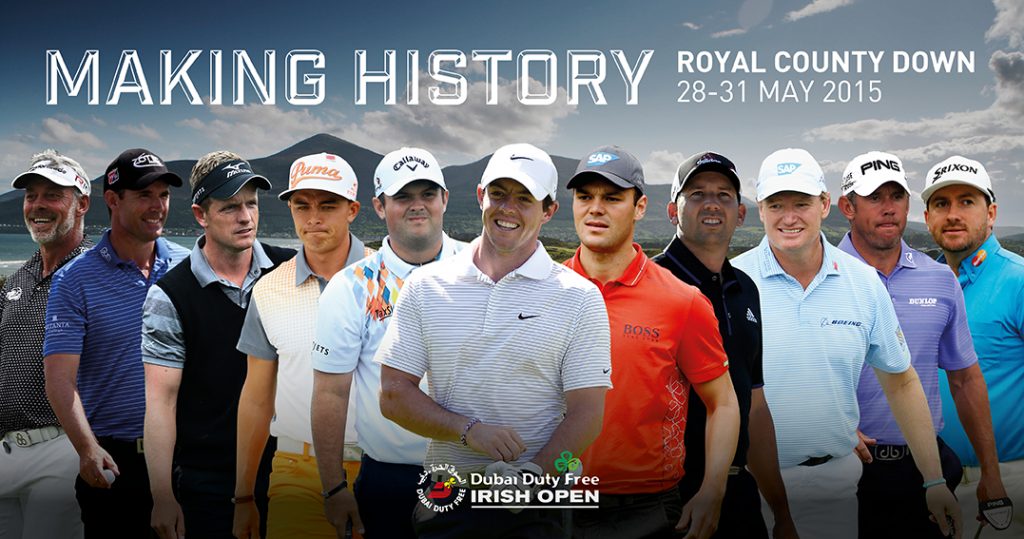 THIS year’s Dubai Duty Free Irish Open hosted by the Rory Foundation is still on course to be a sell-out.

For The European Tour revealing today that 70% of tickets have already been sold for the eagerly anticipated event which takes place at Royal County Down on May 28-31.

In 2012, the Irish Open at Royal Portrush became the first European Tour event to sell out in advance and once again, The Tour is urging golf fans to book their tickets early to avoid potential disappointment at the gate.

Another reason to book early is that ticket prices will increase to full gate prices on Friday May 1, so time is running out to grab a last minute discount.

More than 80,000 spectators are expected in total at the event which, with the Rory Foundation on board as the official tournament host, is expected to be one of the best Irish Opens in the history of this great competition.

“This year’s Irish Open is the talk of the golfing world,” said Antonia Beggs, The European Tour’s Championship Director for the Irish Open.  “We were at Augusta for The Masters and there was a real buzz amongst players and officials alike about the Irish Open with everyone was telling us what a great event we have this year.

“Of course there is one man in particular that we have to thank for all of this and that is the World number one Rory McIlroy, whose support and personal drive to make this tournament the best that it can be has really been beyond amazing,” she added.

“It certainly makes for an unmissable event, as the Tourism NI advert says, and with 70 per cent of tickets already sold, we really would urge people to please book their tickets in advance and not risk turning up at the gate empty handed,” concluded Antonia.

As well as the excitement on the course, there is a lot on offer for spectators at Royal County Down where the Championship Village will include a number of bars and dining outlets catering for all tastes, interactive activities and a big screen showing the live action along with a live hole by hole leaderboard.

And unlike Royal Portrush, ticket holders will be able to leave the course and re-enter at will if they want to discover what Newcastle and its surrounding areas have to offer.

Anyone wanting to see the stars and witness the action first hand can purchase tickets on www.irishopen.ie.  Tickets for the main event currently cost £30 (Thurs-Sat) and £35 (Sunday) until Friday May 1, on which they will increase by £5 each day to full gate prices.  Season tickets for all four days are available for £75 until May 1, after which they will increase to £85.

Families will be delighted to hear that under-16s will be admitted FREE as long as they are accompanied by an adult (up to four children are allowed with one paying adult).

Corporate hospitality tickets are also available for the event at a cost of £300 + VAT per person.  Already sold out onFriday May 29, these exclusive tickets include course admission with reserved grandstand seat on the 18th green, an official programme, reserved VIP parking (for one or two people), and generous hospitality in the Grand Ballroom in the neighbouring Slieve Donard Hotel – including breakfast followed by a Champagne Reception, a buffet lunch served with fine wines, afternoon tea and a complimentary bar.

For more information on accommodation offers and golf in Northern Ireland, visit www.discovernorthernireland.com/irish-open-2015.  Anyone travelling to the event is advised to plan their travel in advance with Translink offering a range of hassle-free and good value travel options. Click on www.translink.co.uk/irishopen for full details.