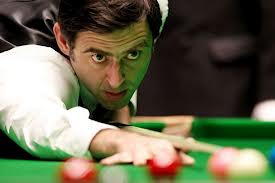 BELFAST will next season host the Irish Open snooker championship.

The details have been revealed by World Snooker Chairman Barry Hearn as part of a revamp of the sport for 2016.

He has unveiled plans for a Home Series of ranking events – Belfast will host the Irish Open, Glasgow the Scottish Open and the English Open will be held in Manchester.

The tournament could see the likes of Ronnie ‘The Rocket’ O’Sullivan, Mark Selby, Judd Trump and Sean Murphy playing on the green baize in the city.

The Welsh Open is currently staged in Cardiff.

“There will always be players who criticise, depending on how it affects them, that’s human nature,” said Hearn, who took control of snooker in 2010.

“I need to think about the development of the sport. There will be casualties.”

The prize money has increased from £3.5m since Hearn took over and he has now outlined plans to expand the sport further.

The ‘Home Series’ will see the introduction of Scottish, Irish and English Open tournaments, alongside the Welsh Open, which was established in 1992.

If a player wins all those events, he will receive a £1m bonus.

All events apart from the World Championship with see a 128-person draw, but the showpiece 32-competitor event at the Crucible will be unchanged with regard to format, seedings and qualifying.