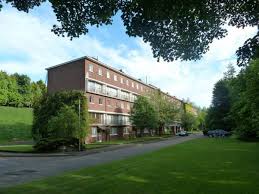 THREE people have been rescued from a fire at a block of flats in the Knocknagoney area of east Belfast.

The Fire and Rescue Service responded to a report of a blaze at Parklands in the early hours of Tuesday morning.

Three residents were led to safety by firefighters and treated by the ambulance service.

Seven appliances attended the scene near the Tesco supermarket and the fire was extinguished.

Fire chiefs say that when crews arrived a number of residents were trapped on their balconies.

Assistant Group Commander Andy Woods of the Northern Ireland Fire and Rescue Service said that when crews arrived, a number of residents were trapped on balconies and the fire was well developed.

Those trapped were rescued after the blaze was put.

An investigation is under way to find out how it started.