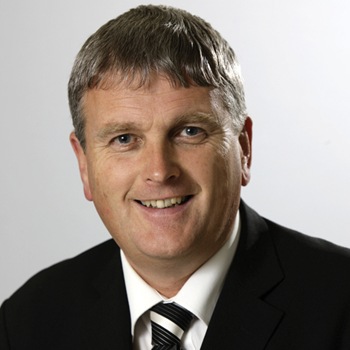 “As many people are aware I have been focused on helping my wife during her fight for life.  Those who know my family and I, know the last three months have been the toughest of our lives as we watched my wife, Grace, suffer two successive strokes and battle through major heart surgery.  Like many families up and down the country who find themselves in similar circumstances our sole motivation has been to support Grace and give her all our support as she has battled for survival.

“Over these weeks there have been many ups and downs and we have endured many heartaches along the way.   Last week, Grace’s condition had shown encouraging improvement but will require long-term specialised care.

“While spending many long hours at the hospital I’ve met some wonderful people going through some really tough times.  I’ve come to appreciate that when your nearest and dearest is struck with a serious illness their recovery becomes your greatest priority and everything else pales in its significance.

“Throughout the course of the last number of months I have been incredibly grateful to all my party colleagues, staff within my department, other political colleagues and many others from across Northern Ireland who have rallied to support my family and me.  Such support has helped to sustain us during many dark hours and has fortified us as we journey with Grace.

“I had continued to maintain my Ministry as I expected Grace’s health would have shown greater improvement before now.  However, as she now faces further challenges I have come to the point where I am no longer able to continue my Ministerial duties and give Grace the attention she deserves.  I have been working long hours within the department by day whilst receiving a steady flow of updates from family at the hospital and then sitting at Grace’s bedside throughout the night. Even in circumstances where Grace was sufficiently recovered and discharged, she would then more than ever require substantial assistance with rehabilitation. Having been my chief supporter throughout my career my first duty will always be to look after Grace and my family.

“Consequently I met with Peter and requested to stand down from Ministerial office.  I really appreciate the opportunity I was given to be Health Minister.  I will leave the department with great memories and a massive appreciation for the work being carried out at every level of the service.  I was touched at Peter’s willingness to put other supportive arrangements in place to allow me more time with Grace but the portfolio requires more undivided attention than I can now give so I believe my decision is the right one.  As the leader has asked me to assist with an orderly transition within the department my resignation will take effect from Monday 11th May.

“My focus will be on Grace and supporting my family.  The events of the last week have taken place against the backdrop of a difficult period.

“On the issue of comments I have made which have attracted significant publicity, I have already said sorry for the offence caused and acknowledged that the comments were factually inaccurate.  At no time did I set out to hurt or offend anyone and it has upset me greatly that the comments made have caused distress to some within our community.   I am deeply saddened that some of those who represent a different viewpoint from me have attacked my family and me in a deeply personal, nasty and in some cases threatening way. Some of the outbursts on social media have been particularly abusive and menacing in nature.”

“Jim and Grace have been foremost in our prayers over the last few months.  Almost daily he has updated me on Grace’s progress.  I trust she will make a full and speedy recovery.  I have always advised Jim that we stand ready to assist him in any way we can.

“I know Jim was enjoying leading change within the Department and putting in place new policies that were making our health service better.  I believe he has made a great contribution and always offered positive support at an Executive level.  I would have wanted it to be otherwise but I respect Jim’s decision.  However, he is right to put his family first and I will fully support his decision.  With such a significant portfolio, there should be an orderly transition; therefore Jim will continue in post until 11th May when the new Minister will take up office.  In the meantime, I have requested that the Finance Minister, Simon Hamilton, assume some of Jim’s duties to release some of the pressure.

“I place on record my thanks, and that of my party, for Jim’s service and trust everyone will accept the stress and strain Jim has encountered over these past months and offer him and his family support and encouragement as Grace battles her illness.”