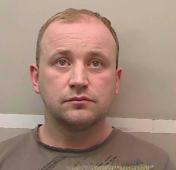 DETECIVES from the PSNI’s Reactive and Organised Crime Branch say the sentences imposed on two men and a woman for blackmail and intimidation offences in Ballymoney show that offenders can be prosecuted if victims come forward with information.

William Ian Robinson (38), of Beechwood Drive, Ballymoney, David Kealey (35), of Burnside Park, Coleraine and Karina Letters (36) of Castle Place, Coleraine, admitted a series of charges at Antrim Crown Court involving making bomb threats against a number of people in the Ballymoney area and making demands for money from one of them.

In November 2013 calls were made to the Samaritans naming a number of men in Ballymoney and claiming they were under threat from the UVF for involvement in drugs.

One of the named victims was contacted directly and told he’d have to pay £6,000 or he and family members would be attacked. Calls and texts were made from phones linked to Robinson.

After more calls making threats and demanding money, an initial payment of £500 was made on Christmas Eve 2013.

This was followed by a proposed handover of £4,000 for 16 January 2014 at a car park beside retail premises in Cloughmills. The victim was told this would “keep the wolves away.”

The victim, a Ballymoney businessman, arrived in his car and was met by Kealey who took the money from him. But police had been made aware of the threats and demands and arrested Kealey at the scene.

His girlfriend Karina Letters was arrested in a car a short distance away and a phone used to contact the victim was found in her vehicle. Robinson was arrested a short time later in Ballymoney. 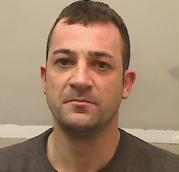 Robinson and Kealey were each sentenced to five years, half in jail and half on licence.

Letters was given an 18 month sentence, suspended for three years.

A Serious Crime Prevention Order for four years was imposed on Kealey, restricting his movements and activities.

The officer leading the investigation, Detective Inspector Tom McClure from Reactive and Organised Crime Branch, said: “This was a particularly nasty series of offences which caused considerable fear and distress to innocent people over a sustained period of time.

“The community can be reassured that Reactive and Organised Crime Branch will carry out a thorough and professional investigation into any offences of intimidation and blackmail.

“I would encourage anyone who is the victim of such despicable criminality to report it to police so that offenders can be brought before the courts.”