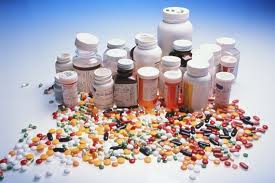 DETECTIVES from the PSNI’s Organised Crime Branch have carried out raids in North Belfast as part of an investigation into the illegal acquisition and supply of prescription drugs into Northern Ireland.

A number of items were removed from the properties and taken away for detailed examination.

A large quantity of diazepam tablets were also seized. Two men, aged 33 and 21 and a 45 year old woman have been arrested and are being questioned at a police station in the city.

Three searches were also conducted in the Stoke-On-Trent area of England with assistance from Staffordshire Police.

A large quantity of cash and other items were seized and a 22 year old man was arrested and will be returned to Northern Ireland for questioning.

The officer leading the investigation, Detective Inspector Trevor Stevenson, said: “This is a proactive investigation into the illegal supply of prescription drugs into Northern Ireland.

“We are delighted to have taken a significant quantity of drugs out of circulation.

“We believe those involved are members of an organised crime group and the threat posed by the illegal supply of prescription drugs should not be underestimated.

“Our enquiries are continuing.”