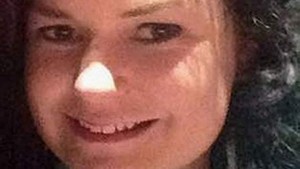 HUMAN remains have been found on a farm north of Glasgow by officers searching for missing student Karen Buckley.

Police believe they may be those of the missing 24-year-old, but formal identification has not taken place.

Her relatives have been informed of the discovery on the outskirts of Milngavie.

A 21-year-old man has been arrested and police said they were “following a definite line of enquiry”.

He is due to appear at a sheriff’s court on Friday.

Ms Buckley was last seen in the early hours of Sunday morning after a night out in Glasgow.

The student, from Cork, vanished after spending the night with friends at the city’s Sanctuary nightclub.

She told them at around 1am she was going to the toilet but failed to return and left her jacket behind.

The student began an occupational therapy degree at Glasgow Caledonian University in February and was previously a nurse at the Princess Alexandra hospital in Harlow, Essex.

Her parents flew from Ireland to help with the search and told a news conference they were “desperate” for help.

“We just want Karen home safely, we are desperate. She is our only daughter, we love her dearly,” said her mother Marian.

Ms Buckley’s handbag was found on Tuesday in the city’s Dawsholm Park, but on Wednesday the search shifted north of the city.

Dozens of officers began searching a remote country lane between Glasgow and Drymen, cordoning off the road to High Craigton Farm.

Officers also asked residents whether they had seen any bonfires there over the past few days.

Police had previously asked for information about a grey car spotted in the area between 11am and 3pm on Monday.

Hundreds of people have attended a mass at a church close to the Buckley family home in north Cork, and Irish foreign minister Charlie Flanagan said: “All of our thoughts and prayers are with Karen’s parents, John and Marian, and with all of her family and friends at this tragic time.”

A fundraising page set up by Ms Buckley’s former classmates to cover her family’s expenses in Scotland has raised more than £3,000.