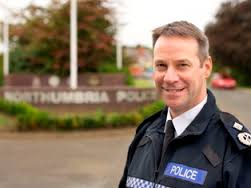 THE Belfast-born chief constable of West Yorkshire Police will not face charges in relation to a bribery and misconduct investigation in Northern Ireland.

It follows a decision by the Public Prosecution Service after it reviewed a file submitted by the PSNI’s Organised Crime Branch.

Mark Gilmore, a former PSNI superintendent, was suspended last June on full pay by West Yorkshire Police and Crime Commissioner Mark Burns-Williamson in the wake of a PSNI probe into the award of its police vehicle contracts.

The police chief, who denied any wrongdoing, was questioned by detectives in his native Belfast last August.

A file was then sent to the Public Prosecution Service (PPS) for assessment.

A spokeswoman for the PPS said today: “The PPS has made a decision not to prosecute one individual in relation to the overall investigation – that is Mark Gilmore.

“There are a number of files relating to other individuals still under consideration.

“In relation to Mr Gilmore there was insufficient evidence to provide a reasonable prospect of conviction.”

At the time of his suspension, Mr Gilmore, who attended police interview in Belfast voluntarily, insisted he had always acted with honesty and integrity.

Retired PSNI assistant chief constable Duncan McCausland was one of those detained.

After he was released, pending a report being sent to prosecutors, Mr McCausland strenuously denied wrongdoing and stressed his determination to prove his innocence.