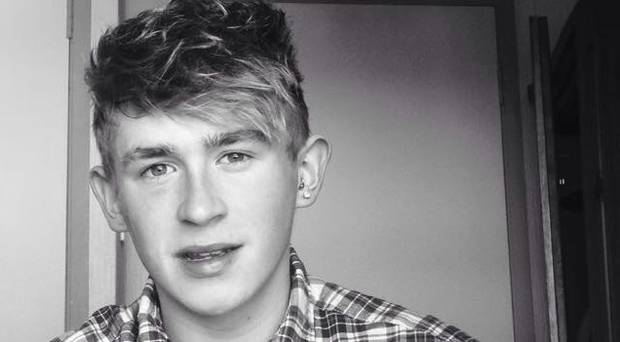 DETECTIVES have launched an investigation following the death of a teenager from a suspected ‘legal high’ drug.

Now his Co Down parents have called for a ban on “legal high” drugs.

Adam Owens, 17, was discovered on Monday  lying on grass outside a house on the Westwinds estate, Newtownards.

He was taken to the Ulster Hospital in Dundonald by ambulance but pronounced dead a short time later.

His parents said his addiction to the drug transformed him “from a happy intelligent young man into a suicidal teenager”.

Dad Carl said the drugs changed their son so that “he didn’t care about anything” and wants the drug banned.

It is understood Adam had been using the drugs for three years and his family had been trying to get him help.

“He had suicidal thoughts, he was self harming, he couldn’t think straight, he was getting into trouble with the police.

“He ended up in hospital two or three times all because of legal highs,” Carl Owens said.

“Why are they selling drugs that kill our kids. Why is it legal? You can shop for it like a pint of milk.

Police are investigating the death and a post-mortem examination is to be carried out. But dad Carl believe legal highs killed him.

Legal highs are synthetic drugs that can be bought online and, sometimes, in shops.

They are often created in laboratories in the Far East and are rushed to European and other markets before authorities have time to ban them.

Several deaths in the UK have been linked to legal highs.

More than 200 of the substances have been banned since the coalition government came to power in 2010.