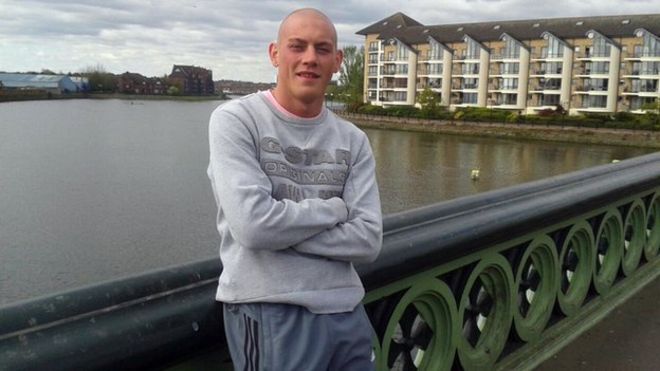 DETECTIVES say the man whose body was discovered in the boot of a car in south Belfast was stabbed to death in a “frenzied attack”.

The body of Kyle Neil, 23, from the Ballysillan area of north Belfast, was discovered at Windsor Road, off the Lisburn Road, on Sunday.

A man and a woman in their 20s have been arrested on suspicion of murder.

Police say Mr Neill, a father of a three-year-old daughter, was at a party and barbecue in Comber,Co Down on Saturday night.

They believe he was murdered after the party at Church Gate apartments on Mill Street in the town.

His body was then placed in boot of in a blue Ford Fiesta before being driven to Island Hill car park on the shore of Strangford Lough and then on to Windsor Road.

Mr Neill’s body was found at around 7.30 am on Sunday morning after a woman contacted police about the murder.

A man, aged 26, and a woman, aged 25, were arrested at Windsor Road and remain in custody. 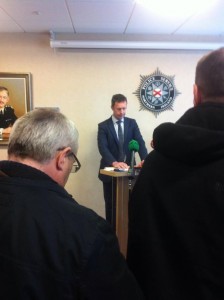 The office leading the investigation, Det Chief Insp John McVea confirmed that a knife was used in the attack, which is not being linked to paramilitary activity.

“We are following a number of definite lines of enquiry. A post mortem examination is due to take place but I can confirm that Mr Neil had been stabbed,” he said.

“I am appealing for information about Mr Neil’s movements on Saturday, and the movements of the blue Ford Fiesta car in which his body was found, between the hours of 2 am and 7 am on Sunday morning.”

Police investigators have now left the scene at Windsor Road and the car that Mr Neill’s body was discovered in has been removed.

Mr McVea said police are appealing to anyone who saw Mr Neil on Saturday in Comber to come forward.

He also appealed for information about the car Mr Neil’s body was found in.

“I also want to speak to anyone who saw the blue Ford Fiesta car, registration number HJZ 2135, between the hours of 02:00 and 07:00 BST on Sunday morning in the Comber area,” he said.