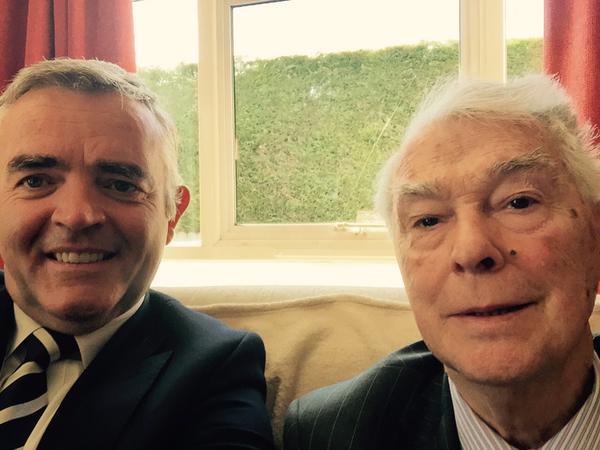 FORMER south Belfast Ulster Unionist MP Rev Martin Smyth has accused DUP candidate Jonathan Bell of “pulling a fast one” by getting him to sign his nomination papers.

Mr Bell is standing in Rev Smyth’s former stomping ground of south Belfast where he had long held the Westminster seat.

However, Rev Smyth, the former Grand Master of the Orange Order, accused Mr Bell of misleading him in a row over nomination papers.

On Tuesday, the DUP said Mr Smyth was endorsing their candidate Jonathan Bell and had signed his nomination papers.

In recent weeks, DUP and UUP candidates in South Belfast have sought the endorsement of Mr Smyth.

Mr Bell revealed on Tuesday that he had persuaded the former MP to sign his nomination papers.

However, Mr Smyth said on Wednesday that he told Mr Bell he had pledged support to his UUP rival.

In an interview with BBC NI political reporter Stephen Walker, Rev Smyth – who was the last unionist to hold the south Belfast seat – said he felt the DUP had misled him and he wanted them to withdraw his name.

In response, the UUP candidate Rodney McCune said he believed the DUP had been opportunistic.

He hopes to retain his south Belfast seat in what is being seen as a fiercely contested constituency.

None of the standing parties would agree on electoral pacts which means the seat will be a four horse race between McDonnell, O’Muilleoir, Rodney McCune and Jonathan Bell