CHELSEA FIVE APPEAR IN COURT OVER ‘RACE’ CHANT IN PARIES 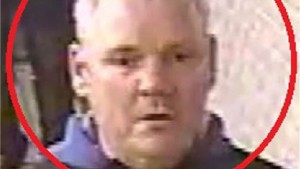 FIVE men – including a former RUC and PSNI officer – accused over racist chanting on the Paris Metro ahead of Chelsea’s Champions League game in the city have appeared before magistrates in England.

Scotland Yard is seeking a football banning order after Chelsea fans were filmed singing racist chants and refusing to let a black man on a train.

The men, who appeared before Waltham Forest Magistrate’s Court earlier, are contesting the banning order.

Their civil case has been adjourned until July.

Lawyers representing one of the men, Jordan Munday, 20, of Ellenborough Road, Sidcup, south-east London, said in a statement their client denied any involvement in the chanting and was not facing any criminal charges.

They said he would contest the “draconian” civil banning order, which can restrict a person’s movements for between three to five years.

Controversy erupted when fans were filmed singing racist chants and refusing to let the man on the Paris Metro train ahead of the match against Paris St Germain in February.

Several Chelsea supporters chanted: “We’re racist, we’re racist and that’s the way we like it.”

Chelsea has apologised to Souleymane who was identified as the man prevented from boarding the train.

He refused the club’s invitation to be their guest for the return match at Stamford Bridge and said the incident had “destroyed” him.

He said he was depressed and unable to work or travel on public transport. He said his children had also been “traumatised” from reading the reports about him.

Barklie denies he is a racist and denies he was chanting a race hate song.

CCTV footage of the incident showed him pushing Souleymane off the train as he tried to get on.