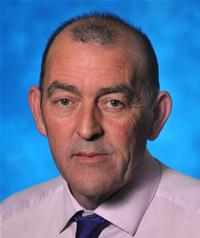 He will take up office on Wednesday, April 1 when the new Belfast City ‘Super’ Council comes into force.

He was co-opted onto the council in September 2013 when he replaced Gerard O’Neill.

Cllr Carson takes over from the SDLP’s Nicola Mallon who is also expecting a baby.