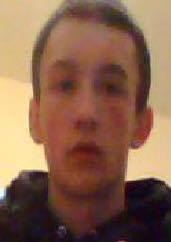 The 17 year old, who was reported missing yesterday (Monday 23th March), was last seen in the McAdam Gardens area of the city on Friday 13th March.

He is described as around 5’ 10” tall, slim build with brown hair and brown eyes.

Luke, or anyone who knows of his whereabouts, to contact the Case Progression Team at Musgrave Police Station on 101.