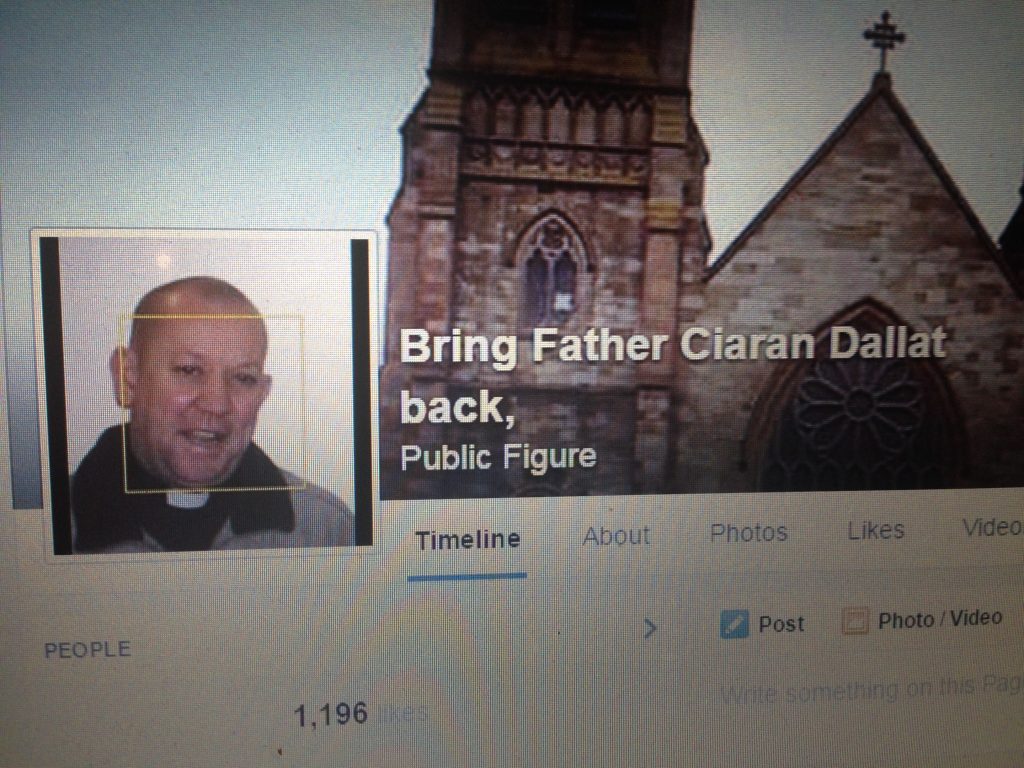 The Facebook page set up in support of Fr Ciaran Dallat

PARISHONERS of a Catholic priest at the centre of claims he had a two-year affair with a woman who fell pregnant to him are holding a rally to show their support him.

Fr Ciaran Dallat has been on leave from St Peter’s Cathedral in west Belfast after the scorned woman went to Bishop Noel Treanor over the affair.

* slept with her three to four times a week;

* got her her pregnant but she miscarried after five weeks;

* and dumped her two weeks after her mum’s death.

Parishoners have now rallied round the troubled priest and have set up a Facebook page called ‘Bring Back Fr Ciaran Dallat’ which has now reached over 1,200 likes.

It is also holding a rally at St Peter’s on Tuesday night, March 24.

The Facebook page states: “Ciaran is currently on leave for some time. This page is to show he has the communities full support. “We will keep people updated when he hear anything else.

“We must stand by Ciaran he has played a great part in the community in the past.

“Please understand that the gathering on Tuesday night at 7pm is NOT A PROTEST.

“It’s to show support for Father Ciaran from the young and old of the parish to let him know that he is sadly missed from all his parishioners.”

The Diocese of Down and Connor says it is an “intensively private and personal matter for both parties, in particular, for the lady concerned”..