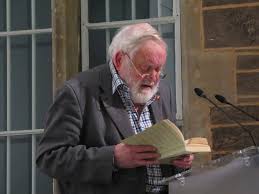 POET Michael Longley is to be granted the freedom of his native city of Belfast this evening.

It is in recognition of his contribution to literature and to the cultural life of Belfast where he has lived all his life with his wife and children.

The ceremony will take place in Belfast’s Ulster Hall in an evening song, speeches and poetry reading.

The 75-year-old had his first collection of poetry, No Continuing City, publishedwhen he was 30.

His notable accolades to date include the Whitbread Poetry Award, the TS Eliot Prize and the Queen’s Gold Medal for Poetry.

Longley grew up with his twin brother and their older sister in Bristow Park, off south Belfast’s Balmoral Avenue.

The son of a World War One veteran, he has described his childhood home as “comfortably middle-class”.

He was educated at the Royal Belfast Academical Institution before studying classics at Trinity College, Dublin, where he met his wife as they took the entrance exam.

After college, he took a job as a teacher, working at schools in Belfast, Dublin and London.

Trinity appointed him as Writer Fellow in 1993 and he was also a fellow of the Royal Society of Literature.

The Belfast’s writer’s work includes poems that address the Troubles in Northern Ireland and both world wars.