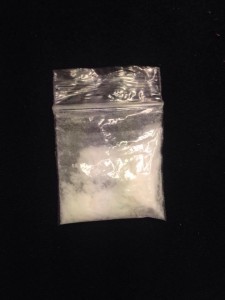 POLICE were horrified when a child found this bag in a play park….and it tested positive positive for ‘Speed’.

The drugs were found in the Colmchile Park area or Downpatrick.

The PSNI said: “This was handed in to us today after it was found by a 10 year old while out playing in her local park!!!

“We have tested it and it has been confirmed as amphetamine or more commonly known as SPEED.

“It’s probably a parents worst nightmare for their child to find something like this, never mind where they thought was a place of safety.

“Thankfully they had the sense to not open it but to give it to a grown up,” added the PSNI.