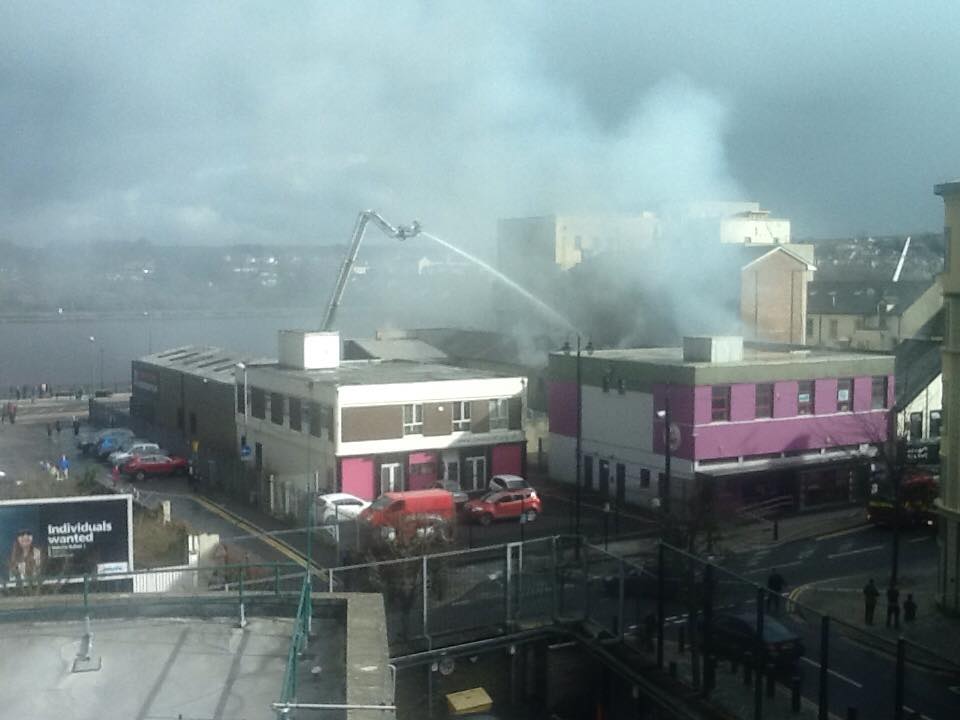 THE PSNI have been forced to evacuated a number of residential properties over a fire in the kitchen of a Chinese restaurant in Derry city centre.

Police have closed off local roads in the area of the Mandarin Chinese restaurant.

Roads from the Queen’s Quay roundabout to the Harbour Square roundabout are out of bounds to all traffic.

Chief Inspector Andy Lemon said: “It appears the fire is in a duct within the restaurant.

“People have been moved from several flats as a precaution and have gone to Brook Park.

“This is a protracted operation and is likely to continue for some time.

“At the moment the wind is blowing smoke away over the Foyle and is not creating a danger.

Pedestrians are advised to stay clear while the operation continues.

“At this stage a cause has not been established.”

Eight fire appliances from stations across Derry are at the scene trying to stop the blaze from spreading.

Crews from outside of Derry have been put on standby after the Northern Ireland Fire and Rescue Service declared the blaze a “major incident”.