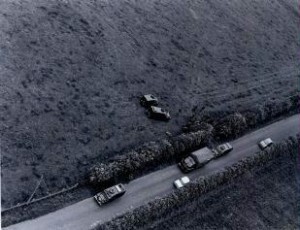 DETECTIVES from the PSNI’s Legacy Investigation Branch (LIB) are appealing for information about the death of a 27 year old man in 1974.

John Pat Cunningham was shot by members of an Army patrol on Saturday 15 June 1974.

The case has been re-opened and a murder investigation has been started following an assessment of the available evidence.

Detective Inspector Neil McGuinness, said: “Police have already made a number of enquiries about this incident and the circumstances surrounding the death of John Pat Cunningham.

“We have now reached a point where it is appropriate and necessary to ask for assistance from not only the local community in Benburb but also from people who may have moved away from the area or are in other parts of the world, if the investigation is to be fully progressed.

“I appreciate this happened more than 40 years ago but I believe there are people in the community today who remember this tragic incident, who knew John Pat and who may have information which would be of assistance to the investigation.

“Our objective is to get to the truth of what happened that Saturday morning so that justice can be served.

“I have three particular areas where I think members of the community may be able to help.

“Firstly, I would like to speak to people who knew John Pat, what sort of a young man he was, his interests, his lifestyle, his concerns.

“Secondly, I want to speak to anyone who has knowledge of any previous encounters or incidents involving John Pat and soldiers.

“It doesn’t matter what these were or what they amounted to – I just need to know about them.

“Finally, I would like to speak to anyone who was a witness to the fatal shooting itself at Carrickaness, Benburb at 11.50am on Saturday 15 June 1974, who has information about the incident or who engaged with soldiers at the time.

“It is my intention to deploy detectives to the Benburb area to engage with the community and I would encourage anyone who has information to discuss it with my officers.