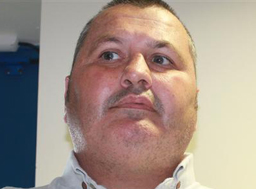 On the run killer Samuel McKinley now back behind bars

A convicted murderer who went AWOL from jail just before Christmas has been found in north Belfast.

Samuel McKinley, 53, did not return from a pre-release work scheme to Maghaberry Prison in County Antrim on December 22 after being allowed out on a pre-release scheme.

He now faces going to court for a second time for absconding from prison being allowed up and faces a further consecutive prison sentence.

The PSNI said he was tracked down at around 5 am yesterday morning and would be returned to jail.

McKinley’s sons were jailed for life last December for the murder of a newsagent in Eastleigh, Hampshire.

Jonathan and Samuel McKinley, aged 23 and 25, of no fixed address, murdered Choudhry Zishan, 35, outside his home in March 2014, while his pregnant wife and son were in the flat above.

Police were not linking the absconding of their father to their conviction.

At one stage, McKinley had been treated in a hospital in the Republic but left before gardai arrived.