HARRINGTON HAS HIGH HOPES FOR ROYAL COUNTY DOWN DEBUT 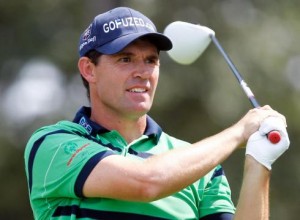 IN-FORM Padraig Harrington will be hoping to add a second Irish Open title to his glittering CV when he heads to Royal County Down for the Irish Open Hosted by the Rory Foundation in May.

The 43 year old returned to the winners’ enclosure last week when he triumphed at the Honda Classic on the US PGA Tour, in doing so rising from 297th to 82nd in the Official World Golf Ranking.

The impressively clinical performance at PGA National in Florida was reminiscent of Harrington’s halcyon days of 2007, when he won the Irish Open at Adare Manor Hotel and Golf Resort shortly before a period of domination in the Majors, during which he claimed back-to-back Open Championships and the US PGA Championship in little more than a year.

The popular Irishman ended a 25-year wait for a home winner at Adare Manor when he beat Welshman Bradley Dredge in a play-off, which was a fitting result after several near-misses, including when he was joint runner-up in 2001 and 2004 and tied fifth in 2005.

Harrington added another runner-up finish in 2010, and in 2012, when the tournament was played in Northern Ireland – at Royal Portrush – for the first time in its long history, he was tied seventh.

Three years on and the Irish Open is heading back north of the border, and the 14-time European Tour winner is relishing making his competitive debut at Royal County Down from May 28-31.

“The Irish Open is my fifth Major and always one of the first events on my schedule, for obvious reasons,” said Harrington, who was the European Tour Number One in 2006. “Whilst it is always a special week for me, this year will be interesting as it’ll be the first time I’ve played at Royal County Down as a professional, so I’m really looking forward to getting there and seeing how the course has been set up.

“The last time the Irish Open was played in Northern Ireland, at Royal Portrush in 2012, it was a huge success and I was glad to be in the mix on the final day. The crowds were similar to a Major and generated a great atmosphere, and I’m sure it will be well attended again at Royal County Down.”

“It’s great to see Rory involved and supporting the tournament, and it looks like it’ll be one of the strongest fields the Irish Open has ever had. It’s shaping up to be a great week and I look forward to being part of it.”

Anyone wanting to watch Harrington and co in action can purchase tickets at www.irishopen.ie Tickets cost between £30 and £35 per day and families will be delighted to hear that kids under the age of 16 will be admitted FREE as long as they are accompanied by an adult (up to four children are allowed with one paying adult).

Corporate hospitality packages are also available for the event at a cost of £300 + VAT per person.

Already sold out onFriday May 29, these exclusive tickets include course admission with reserved grandstand seat on the 18th green, an official programme, reserved VIP parking (for one or two people), and generous hospitality in the Grand Ballroom in the neighbouring Slieve Donard Hotel – including breakfast followed by a Champagne Reception, a buffet lunch served with fine wines, afternoon tea and a complimentary bar.

For more information on the Irish Open 2015 or to purchase tickets, visit www.irishopen.ie For information on accommodation offers and golf in Northern Ireland, visit: www.discovernorthernireland.com/irish-open-2015