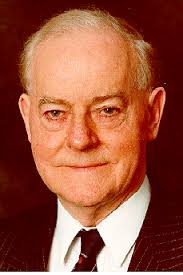 Mr Molyneaux was one of the longest serving leaders of the UUP, leading the party from 1979 to 1995.

A soldier during World War II, he was among the first British troops to enter the Bergen Belsen concentration camp in 1945.

He was knighted in 1996 and became a life peer in 1997, taking the title Lord Molyneaux of Killead.

UUP leader Mike Nesbitt paid tribute saying Mr Molyneaux “brought a stability to the unionist party at a time when it was much needed.”

Mr Molyneaux was once a close confidante of Prime Minister Margaret Thatcher but turned away from her when she signed the controversial Anglo Irish Agreement in 1985.