NEW POLITICAL THRILLER TO BE FILMED IN BELFAST 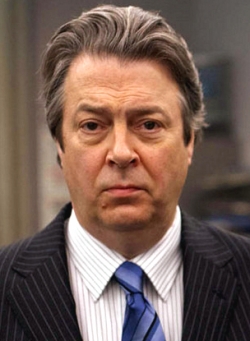 A NEW political thriller is to be filmed on location in Belfast over the coming weeks.

Roger Allam, 61, from The Thick of It, will take on the lead role in The Truth Commissioner.

Set in Northern, the drama is based on the 2008 novel by David Park after the Troubles ended.

Filming will take place at historic locations, Stormont Castle and Derry’s Guildhall – the setting for the Bloody Sunday inquiry in the shooting dead of 14 unarmed civilians by British Paratroopers on January 30, 1972 following a civil rights march.

He is a career dipolmat who comes to the North as the Truth Commissioner.

His role is to lead an an inquiry into the disappearance, 20 years earlier, of 15-year-old boy Connor Roche.

However, his investigations uncover a tangled web of lies – and truths – which none of those in power are prepared to reveal.

Filming will also take place at Stormont Castle in Belfast home to the Office of First and Deputy First Minister and also in Dublin over the next five weeks.

The Truth Commissioner, directed by Eden’s Declan Recks, will be broadcast on BBC Northern Ireland later this year during its Autumn schedule.