GAS TO THE WEST A STEP CLOSER 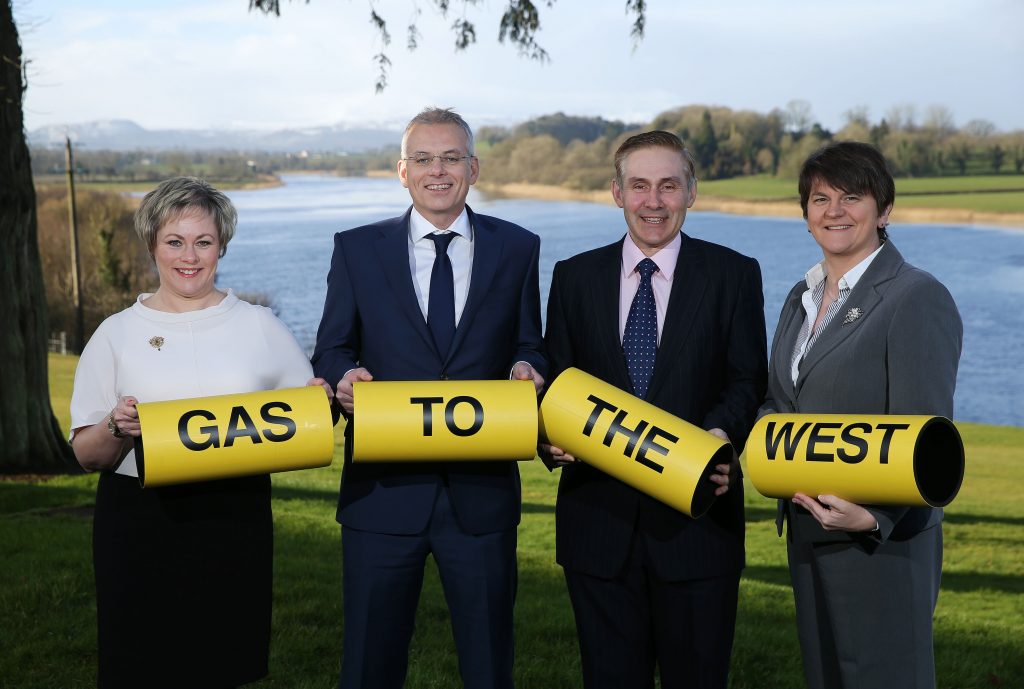 THE prospect of bringing gas to up to 40,000 new customers in the west of Northern Ireland moved closer today.

At a launch in Enniskillen it was announced that two companies, Mutual Energy and SGN, have now been awarded conveyance licences to extend the natural gas network.

Jenny Pyper, Chief Executive of the Utility Regulator, which ran the competition to award the licenses, said:

“We are delighted to have reached this stage and I congratulate Mutual Energy and SGN on being awarded the licenses to bring gas to the west of Northern Ireland.

“Natural gas provides an affordable, cleaner and convenient form of energy and this is a further vote of confidence in the natural gas industry.  It is also a welcome new investment in our energy infrastructure.

“We look forward to work commencing as soon as possible so that natural gas can start flowing to customers.”

Enterprise, Trade and Investment Minister Arlene Foster, attended the launch and said:
“The Northern Ireland Executive is investing up to £32.5 million to bring gas to homes and businesses in the west of Northern Ireland, and the award of licences by the Utility Regulator to Mutual Energy and SGN is another key milestone in the process.

“It will bring greater energy choice for consumers and increase the potential for businesses and the public sector to use a cleaner more efficient fuel.”

Paddy Larkin, Chief Executive, Mutual Energy said: “We already have an experienced and dedicatednatural gas to homes and businesses in this part of Northern Ireland.”

“We have a strong reputation for operational excellence instakeholders concerned on this exciting project.”