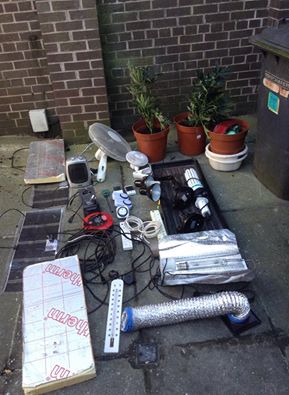 The drugs and drug paraphernalia seized in Comber house raids

OFFICERS from neighbourhood police teams in Comber and Newtownards carried out two searches at residential properties in Comber town this morning.

A quantity of cannabis including cannabis plants and a small amount of cocaine were seized.

In addition other offences were detected.

Two persons are to be reported to the Public Prosecution Service for offences under the Misuse of Drugs Act 1971.

A spokesperson said: “This was a positive outcome for neighbourhood policing in partnership with the community.”