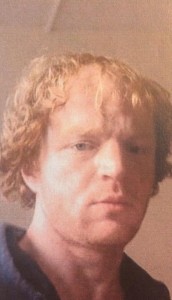 Police concerned for the welfare of missing Nial Matthews

POLICE have issued a fresh appeal for information over the whereabouts of a man from north Belfast.

A spokesman said officers are increasingly concerned about the welfare of Nial Matthews.

The 34 year old male who has been missing from the North Belfast area since February 9.

The missing person is still believed to be in the Greater Belfast area and may frequent hostels in the city.

Anyone with with information or has seen is asked to contact police on the 10 non-emergency number.