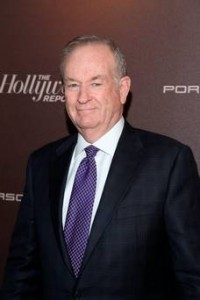 CONTROVERSIAL US news channel Fox News has  admitted that its host Bill O’Reilly did not witness any bombings in Northern Ireland.

This flies in the face of O’Reilly’s  previous claim that he had seen “Irish terrorists kill and maim their fellow citizens”.

His stories from his days at CBS and on local television have come under scrutiny in recent weeks, with critics accusing him of exaggerating parts of his time in “conflict zones”.

Renewed focus on his anecdotes comes after the Brian Williams scandal, where the previously respected NBC news anchor was suspended for falsely claiming he was almost shot down in a helicopter during the Iraq War.

The Washington Post has scrutinised those claims, reporting that Mr O’Reilly travelled to Northern Ireland in 1984 to research a book that was never finished.

When the paper asked Fox News about Mr O’Reilly’s description of the period in his book, a spokesperson reportedly said the presenter was not an eyewitness to any bombings or injuries in Northern Ireland and had only been shown photos by Protestant police officers.

Last week, Mr O’Reilly himself gave a similar clarification regarding the El Salvador conflict, after saying on his show in 2012: “I saw nuns get shot in the back of the head.”

In a statement, he said he was only describing photos he was shown of the murdered American nuns, not the crimes themselves, having travelled to the country months after the atrocity.

“While in El Salvador, reporters were shown horrendous images of violence that were never broadcast, including depictions of nuns who were murdered,” he added.

“No one could possibly take that segment as reporting on El Salvador.”

The controversy around Mr O’Reilly’s war reporting started when magazine Mother Jones carried out an investigation into his Falklands War stories last month, which he dismissed as “total bulls***”.

The controversial pundit was a reporter for American network CBS during the 1982 conflict and was flown out to cover it from Buenos Aires.

Mr O’Reilly had described being in “active war zones” and having “survived a combat situation in Argentina” when he had reported from the Argentinian capital 1,200 miles away.

He has since emphasised that he never said he was specifically on the Falklands Islands, adding: “Everything I’ve reported about my journalistic career is true.”

READ: 16 of the most ridiculous things Fox News has ever done

Fox News has stood by Mr O’Reilly throughout the controversy, which appears to have bolstered his television ratings.

A spokesperson told the Guardian successive accusations were “nothing more than an orchestrated campaign by far-left advocates…responding to the unproven accusation du jour has become an exercise in futility”.

A spokesperson added: “Fox News maintains its staunch support of O’Reilly, who is no stranger to calculated onslaughts.”