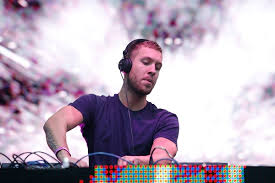 TOP DJ Calvin Harris has been announced as a headline act at Tennent’s Vital.

Harris will perform on the stage at this year’s festival at Boucher Playing Fields on Saturday, August 29.

He is expected to perform some of his best known hits such as Outside, Under Control, We Found Love and Sweet Nothing at the Bellahouston Park concert.

Confirmation of the headline gig came in the form of a tweet from the global star with the heading: “Tickets on sale Friday!”

Details of further support acts are expected to be unveiled later.

Last year Tennent’s Vital ran for two nights and as The Killers and David Guetta attracted tens of thousands of music fans.