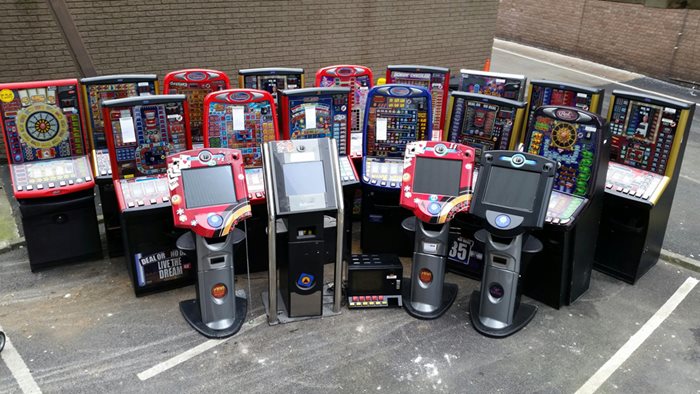 DETECTIVES have seized 27 gaming machines and £2,000 cash have been seized in police raids on 10 properties.

Police said they were recovered in the Belfast area as part of an investigation into illegal gaming machines.

The searches were carried out following tip-offs from members of the public.

Seven people were handed police cautions as a result of the searches and three files are being prepared by prosecutors.

PSNI Sergeant Michael Barton said: “Members of the community raised very valid concerns around what they believed to be illegal gaming machines operating in a number of business premises.

“This particular police investigation is ongoing and further premises searches may take place in the coming weeks.

“Police will also be conducting ongoing checks of business premises across Belfast.”