MISSING SCOTTISH MAN MAY BE IN NORTHERN IRELAND, SAY POLICE 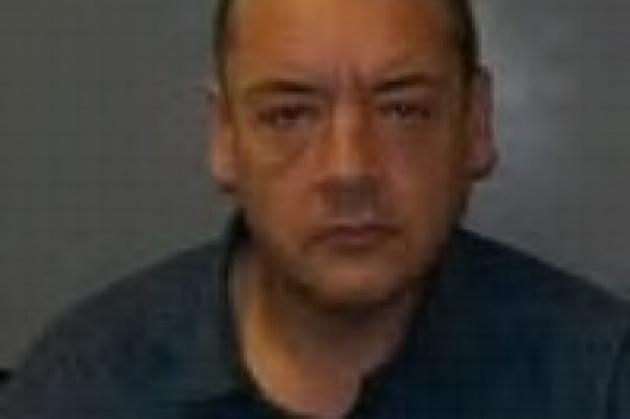 Police concerned for the welfare of missing Jeffrey Flynn

POLICE are growing increasingly concerned for the welfare of John Jeffrey Flynn who may have travelled to Northern Ireland.

He left the Forth Valley Royal Hospital in Larbert at around 7:20am today before boarding a train bound for Glasgow.

The 48-year-old was last seen getting into a black cab outside the city’s Queen Street railway station at around 9:05am.

It is not known where the taxi dropped Flynn off however there is a possibility that he may be attempting to reach Northern Ireland.

Flynn is described as,

He suffers from diabetes and is not in possession of his medication. Health workers say that although there is no immediate risk to Flynn’s health they are concerned that he may deteriorate if he does not have access to the medicine he needs.

Members of the public are advised not to approach Mr Flynn should they see him but instead call police immediately.

Inspector Graham Capes said: “We are concerned for John’s welfare and encourage anyone who remembers seeing him to get in touch with police immediately.

Through our ongoing enquiries we are able to determine John’s movements up until he enters a taxi in Glasgow. John was wearing a distinctive moon boot to protect his broken left foot and we are particularly keen to speak with the taxi driver.

“Obviously, given John’s medical status we are keen to find him safe and well.

“Anyone with any information that can assist with our enquiries is asked to call 101.”