HUNDREDS TURN OUT TO SAY FAREWELL TO SCHOOLBOY OISIN MCGRATH 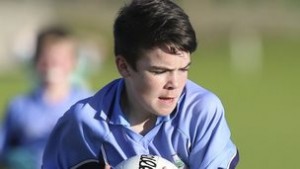 THE funeral is underway for schoolboy Oisin McGrath.

The 13-year-old died in hospital on Thursday after being injured in an incident at St Michael’s College, Enniskillen, on Monday afternoon.

It is understood he had been struck on the head with a bottle filled with water.

Oisin had been on a life-support machine since the incident.

A 17-year-old boy, a sixth former at the school, was detained following the incident. He was later released on bail pending further inquiries.

Oisin’s organs are to be used to help five other people, his parish priest Fr Seamus Quinn said.

On Friday evening, Oisin’s body was brought back to his hometown of Belcoo, Co Fermanagh.

People lined the streets as the cortege slowly made its way through the village.