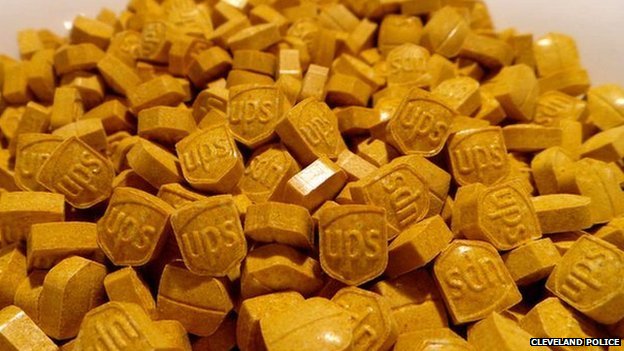 The deadly Ecstasy ‘UPS’ tablets being sold across the province

A dangerous batch of ecstasy tablets may be circulating in Northern Ireland, say the PSNI.

A number of people were hospitalised in England after taking high-strength yellow tablets that contained MDMA and were marked with a “UPS” logo.

Similar pills have now been seized in Derry and Portstewart.

“A number of alerts have been circulated to particular interest groups but we believe it is now appropriate to advise the general public about this risk.”

The Public Health Agency has warned that the drugs could be fatal, and anyone who feels unwell after taking them should seek medical help straight away.

The main three risks from using MDMA are heatstroke, water intoxication caused by drinking too much fluid, and heart failure, a spokesman said.

“While recent stimulant-related deaths in Northern Ireland have involved pills sold as MDMA which have in fact contained other, more toxic drugs, it is important to remember that pills containing only MDMA can also prove deadly,” said Owen O’Neill.