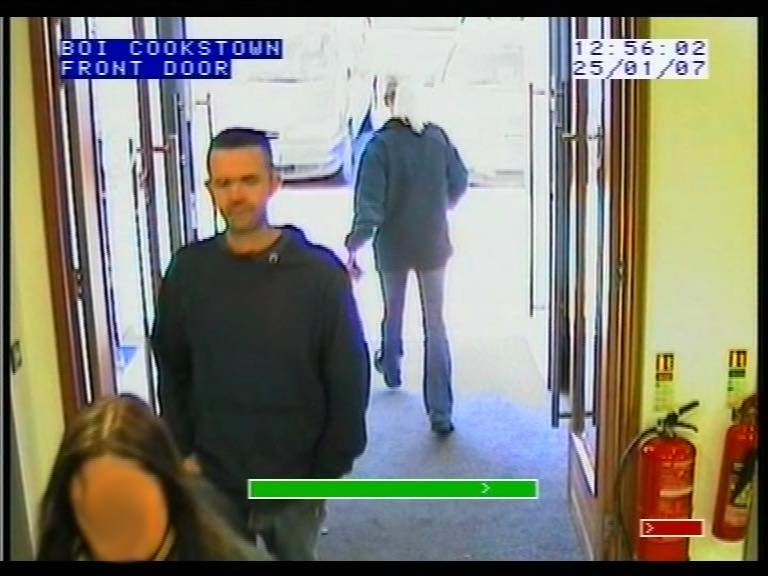 POLICE have made a fresh appeal for information about the whereabouts of a Co Tyrone man on the eighth anniversary of his disappearance.

Gerard Conway was last seen in the Cookstown area at the end of January 2007.

He was reported missing a short time later but, despite extensive enquiries by police over a number of years, no clues as to his whereabouts have been discovered.

Detective Chief Inspector Gareth Talbot, from Serious Crime Branch, said: “Gerard’s disappearance continues to cause heartache and uncertainty for his family who have to face each day without knowing where he is or what has happened to him.

“The passage of time has not eased this pain. We hope this renewed appeal will help them discover just what has taken place.

“Gerard was 32 when he went missing.

“He is 6 feet tall and of medium build. He had short, dark brown hair and blue eyes and has a scar running through his right eyebrow and another above his right eye.

“After he was reported missing on 13 February 2007, police made initial checks in and around Cookstown and extended these to the Republic and to England.

“We have CCTV footage of Gerard at a bank on January 25 and there were sightings by people who knew him in late January and early February.

“We are releasing two images of Gerard in the Bank of Ireland in Cookstown eight years ago in the hope that they might help the campaign.

“In the immediate aftermath of Gerard’s disappearance, there were unconfirmed sightings in the Magherafelt, Toome and Ballymena areas.

“Widespread search activity of the countryside around Cookstown, using dogs and aircraft, was unsuccessful. Because of the family’s connections with the Republic, we have worked with An Garda Siochana to extend the appeal there but, sadly, to no avail.

“After eight years we still have no definite leads as to what has become of Gerard and we continue to appeal for information.

“We hope this appeal will run in local media and we will be uploading it onto various social media platforms over the coming days and weeks. Gerard’s disappearance has been heart-breaking for his family and friends.

“Their own substantial efforts to locate Gerard have been commendable and they deserve to know what has happened to him.”

Anyone with information, no matter how small, is asked to contact the Incident Room on 028 3751 7390. Alternatively, people can provide information anonymously to the independent charity Crimestoppers on 0800 555 111.