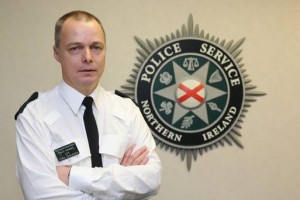 DETECTIVES from the PSNI’s Terrorist Investigation Unit have charged a 19 year old man with possession of explosives with intent to endanger life.

He is due to appear at Newry MC on Wednesday 4th March.

As is normal procedure the charge will be reviewed by the PPS.

A 32 year old man who was also arrested in connection with the investigation has been released pending a report to the PPS.

Head of the PSNI’s TIU, Detective Superintendent Kevin Geddes, said, “Both men were arrested in Newry on Wednesday 4th February.

“This was in relation to the discovery of pipe bomb type devices at Parkhead Crescent in Newry on 13th February 2014.”