NEW COURT TEE OFF TIME FOR MCILROY SET FOR WEDNESDAY 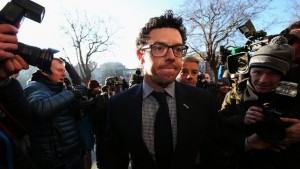 World’s No 1 golfer arrives at court in Dublin

WONDERBOY golfer Rory McIlroy’s case against his former management company has been adjourned until 11am tomorrow.

When the case resumed at the High Court this afternoon, counsel for the golfer, Paul Gallagher SC, said “further progress had been made” during ongoing talks between both legal teams.

Judge Brian Cregan granted the adjournment to 11am tomorrow.

Holywood-born McIlroy was present in court for each of today’s brief sessions.

Barristers for both sides had earlier agreed to put back the opening of his action against Horizon Management to 4pm.

At that point, Judge Cregan was told by Mr Gallagher that both parties “were making progress”.

Barristers told the judge this morning that as the case was set to last eight weeks, legal teams wished to narrow the issues at hand, so wished to delay a start until the afternoon.

Fresh from a weekend victory in Dubai, the world’s top golfer is suing his former management company and in turn is being counter-sued by them.

Previous efforts to resolve the dispute through court-ordered mediation have proven unsuccessful.

The case centres on Mr McIlroy’s contract with Dublin-based Horizon and two other linked companies, the Malta-based Gurteen and Canovan Management, also based in Dublin.

In court papers when the case was launched in late 2013, it was claimed Mr McIlroy signed up with Conor Ridge’s agency at an informal meeting on the day of Horizon’s Christmas party in 2011 when the golfer was 22.

The world number one claims that fees charged by Horizon were almost four times what top ten golfers pay to agents.

Horizon is counter-suing the four-time major winner after breaking his contract early.