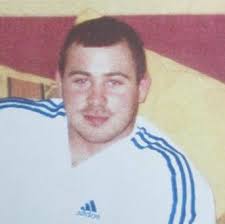 THE chief suspect in the murder of Real IRA criminal Gareth O’Connor received an ‘On the Run’ letter of comfort from the British Government.

It was handed to him by Sinn Fein’s Gerry Kelly who was acting as a go-between with the Northern Ireland Office and wanted republican suspects, mostly IRA men and women.

At an inquest today, the PSNI apologised to O’Connor’s family after it emerged the suspect had been mistakenly given the OTR letter.

Gareth O’Connor vanished in May 2003 after he left home to go to Dundalk to sign on his bail at a Garda station.

He was well know to police on both sides of the border – and was believed to have been working as a security force informant.

Two years later, his body was found inside a car which had been dredged from Newry canal.

A lawyer for the coroner today said Sinn Féin’s Gerry Kelly’s role over the letter was a matter of public concern.

The family of the 24-year-old have maintained that he was killed by the Provisional IRA.

This was despite receiving assurances from senior republican figures.

Among those to offer that assurance was Old Bailey bomber Gerry Kelly.

The inquest heard today that in 2008 an On The Run letter was issued to a leading suspect. The letter was delivered to that man by Sinn Féin MLA Mr Kelly.

The coroner read from a statement made by Gareth O’Connor’s father. He said he had phoned Gerry Kelly a week after his son went missing.

He said Mr Kelly had told him he had no knowledge of the murder, but that he would look into it and get back to him if he received any other information.