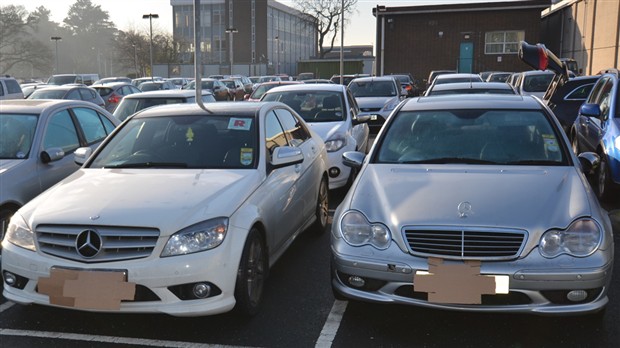 Some of the Mercedes cars seized at cocaine factory

DETECTIVES from the PSNI’s Organised Crime Branch have arrested a man and woman over a cocaine factory.

The couple, who are in their 30s, was detained overnight after cops smashed a lucrative coke producing racket in Co Antrim.

Drugs with an estimated street value of £600,000 were seized during the intelligence-led operation.

Three top of the range Mercedes cars were also impounded overnight during the operation.

He said: “This is a very substantial haul in which three luxury cars were seized on the suspicion that they were purchased with the proceeds of crime.

“This is a prime example of PSNI officers keeping people safe.”

* a cocaine press and steroids. 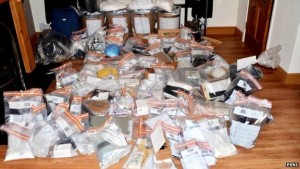 The 33-year-old man was arrested on suspicion of six offences including possession of a class A drugs with intent to supply.

The 31-year-old the woman is being questioned about nine alleged offences including conspiracy to supply class A and B drugs and possessing criminal property, namely cash and cars.

The PSNI said both suspects were assisting police with their inquiries at the PACE custody suite in Antrim police station.