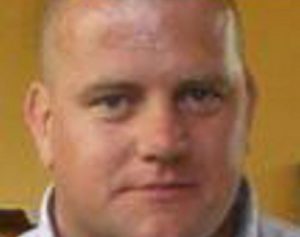 DETECTIVES from the PSNI’s Major Investigation Team have released a 53-year-old man over the INLA murder of a leading dissident republican in west Belfast.

The suspect was detained yessterday (Wednesday)  during a planned operation in west Belfast involving MIT detectives and officers from the Tactical Support Group (TSG).

Tommy Crossan was gunned at a fuel ‘huxter’ he was running in a yard off the Springfield Road on Good Friday last year.

The 43 convicted terrorist turned security force informant was once a senior figure in the Continuity IRA (CIRA).

But CIRA kicked him out over claims he was pocketing money for himself and was leaking details of operations to the intelligence services.

MIT detectives are currently questioning the suspect at the Antrim Serious Crime suite for questioning under section 41 of the Terrorism Act.

A number of other people were arrested in the days and weeks after the murder but none were charged.