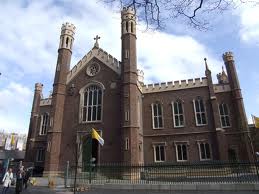 The new projects will be based in the Markets, Sandy Row and Donegall Pass area of South Belfast and the Bogside and Fountain area of Derry / Londonderry.

The creation of Urban Villages is part of the Together: Building a United Community Strategy published in May 2013, which outlined that Urban Villages would be established to create and stabilise change within communities.  Colin and Lower Newtownards Road were announced as the first two Urban Villages last year.

Junior Minister Jonathan Bell said: “The Northern Ireland Executive is committed to continue to improve good relations throughout Northern Ireland and the ‘Together: Building a United Community’ Strategy makes real and tangible commitments to build a united, shared and reconciled society.

“The Urban Village project is designed to tackle dereliction and decay within our urban communities, tackling the low social capital that can create instability and disengagement, improving community confidence and securing the necessary foundations to foster better community relations within and between communities.  Through this targeted physical regeneration we can improve the life experiences of communities, created happier, healthier and more peaceful future.”

Junior Minister Jennifer McCann said: “This announcement is a key milestone in our vision for what urban villages can achieve.  It brings our total number of planned urban villages for the North to four as originally envisaged, with one additional Urban Village being expected to be also announced in the near future.  By creating these urban villages the Executive is offering a real opportunity for residents to shape and influence their areas, building social cohesion and improving local amenities, based on what they see as the local priorities.

“Through local input and involvement, we will help bring the local community together to work on enhancing their areas to deliver for all residents. I look forward to seeing the transformation of these areas take shape.”