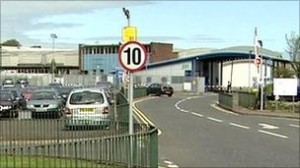 A COMPANY has turned down a trade union planned at saving 900 jobs at a cigarette factory.

Unite the union had proposed turning the Ballymena factory into a “centre of excellence” for pouch tobacco and cigar production.

This would have saved 500 jobs with 370 staff going for a voluntary redundancy programme.

But JTI is forging ahead to shut the Co Antrim factory in 2017 which will be a massive economic blow for the town.

Unite balloted its members last year, and they voted to support the plan.

However, Unite regional secretary Jimmy Kelly said he was angry at the rejection of their plan.

“The decision to close the factory is an extreme case of social dumping where employers seek to minimise costs through chasing lower cost alternatives.

“The choice to close JTI’s plant at Ballymena but leave production in Trier, Germany, reflects the fact that social protections for workers in Northern Ireland, and the UK as a whole, are substantially weaker than in Germany,” he said.

“It boils down to the fact that it is much cheaper for the company to make a UK worker redundant than a German one.”

Mr Kelly called for immediate action from political leaders to put in place increased protection for UK workers and said Unite would now focus on securing compensation for its members at the Ballymena factory.

North Antrim MP Ian Paisley said it was disappointing that the closure of the factory had been confirmed.

In a statement, JTI Gallaher said it was working in a challenging regulatory and operating environment and that it had “fought very hard” against plain packaging proposals in the UK, the EU’s Tobacco Products Directive 2 (TPD2) as well as the trade in smuggled cigarettes.

It said its business must “prepare for the negative consequences of these”.

“These declines will be exacerbated by the implementation of TPD2 which bans small packs – 81% of our current pack formats will be prohibited, which means that 40% of the overall production at Lisnafillan will be affected,” it said.