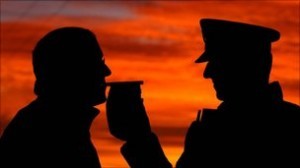 THE number of drivers and motorcyclists detected drink driving during the police winter drink drive operation was up on on the previous year.

That is 12 more than during the same period last year.

Commenting on the figures, Assistant Chief Constable Alan Todd said, “When we launched this operation at the end of November, we warned drivers not to take the risk because Police are determined to catch drink drivers.

“While the number of detections is slightly higher than last year, it’s difficult to accept this situation as a success, we shouldn’t be detecting anyone drink driving.

“One person was detected at nearly five times the drink drive limit, with a reading of 171 micrograms of alcohol in 100 millimetres of breath while the legal limit is 35 micrograms of alcohol in 100 millilitres of breath. It’s disappointing that despite our warnings, a minority of people completely disregarded the safety of themselves and others by continuing this shameful and incredibly dangerous practice.

“Every year across Northern Ireland, Drinking and driving kills, maims and wrecks families. Police will continue to detect people who insist on driving after having taken drugs or drink. We are again appealing for all motorists to consider the consequences of their actions.

“Across Northern Ireland there are 270 people who took the risk and they were caught. They are lucky to be looking forward to a court appearance where they will most likely lose their driving license for one or more years, be fined, and will have great difficulty in obtaining car insurance in the future. Many also risk losing their jobs or going to jail. The alternative consequences had they not been caught do not bear thinking about.

“We are appealing for everyone to take responsibility for road safety. Wear a seatbelt, reduce speed, take greater care and attention, and NEVER, EVER, DRINK AND DRIVE,” Assistant Chief Constable Todd said.

Environment Minister Mark H Durkan said, “Given what we know about how dangerous it is to drive after drinking alcohol – it is disappointing that some drivers still choose to drink alcohol and then get behind the wheel of a car.

“My message to all drivers is clear, just one drink will impair your driving ability. I would urge everyone to play their part in persuading drivers to Never Ever Drink and Drive.


One Response to 270 ARRESTED DURING PSNI WINTER DRINK DRIVE CRACKDOWN