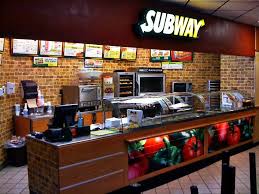 Detective Sergeant Andrew Madden said, “ Two men, one armed with a knife, entered the premises at around 7pm and threatened staff.

“A sum of money was taken and the two men made off on foot in the direction of the city centre.

“Both men wore blue Puffa jackets and were around 5’9” tall and of thin build.

“One of the men wore a blue New York Yankee baseball cap and one was carrying a green backpack.

“There were no reports of any injuries to staff members.

I am appealing for anyone who witnessed this incident or who has any information which may assist police to contact CID at Woodbourne PSNI on 101.

“Information can also be given anonymously through the independent charity Crimestoppers on 0800 555 111. “