HOUSING PLANS FOR LAWNBROOK AVENUE MUST BE EXPEDITED, SAY DUP 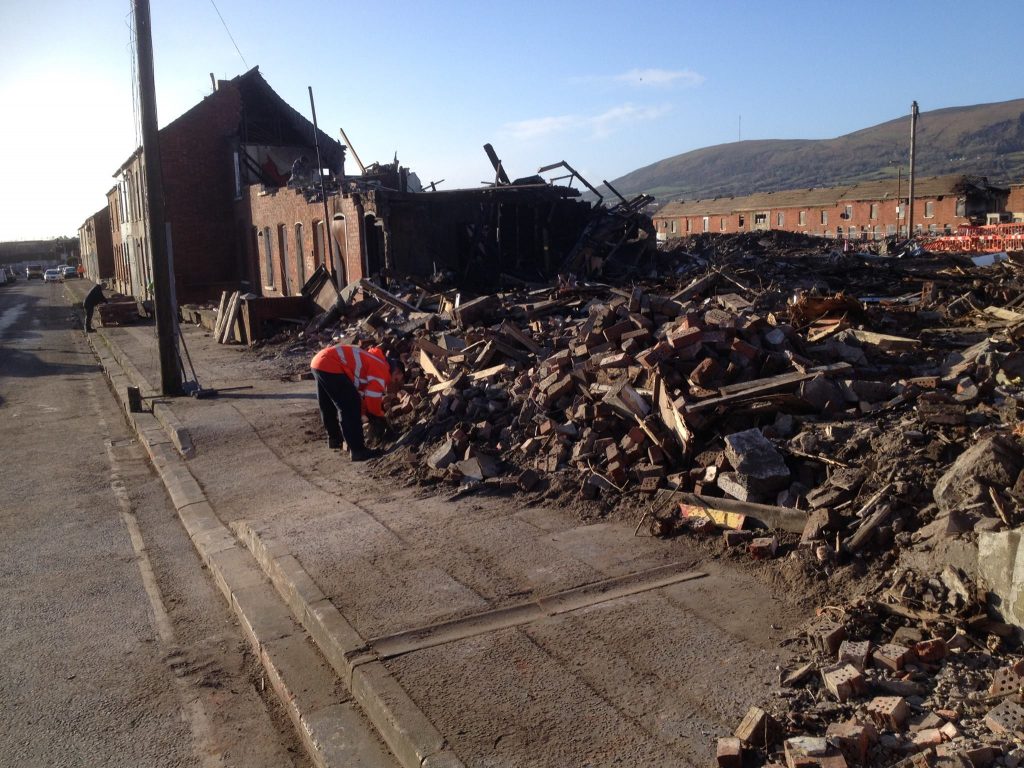 GREATER Shankill DUP Councillor Brian Kingston has said that the Housing Executive must bring forward plans quickly for new build a street where walls collapsed at the weekend.

Councillor Kingston said he was relieved that no-one was injured when walls in partially-demolished houses at Lawnbrook Avenue collapsed onto the street during storms in the early hours of Saturday 10th January.

He said the ball was now in the court of the HE now the site was cleared to expedite its proposals.

Alderman Kingston said, “When I visited on Saturday morning, staff from the demolition contractor McQuillan’s had been working from first light to clear the street with the assistance of local people including those who were gathering old bricks for recycling.

“The houses had been weakened by having their roofs removed the previous day and some of the walls collapsed in the strong winds that night.

“It is a huge relief and a matter of good fortune that no-one was injured as this happened in the early hours of the morning when no-one was passing by.

“A couple of cars parked in the street were hit by flying bricks and the contractor undertook to arrange compensation for this damage.

“These were the final houses to be demolished in the clearance of Brookmount Street, Glenwood Street and part of Lawnbrook Avenue, in the Lawnbrook Urban Renewal Area.

“Their demolition was delayed by over a year due to their designation as an Area of Townscape Character which we had to lobby hard to have overturned.

“It is imperative that the Housing Executive must now bring forward plans for new housing on this publicly-owned cleared site.

“My DUP colleagues and I have been pressing this matter continuously and we welcome that two phases of new social housing have been completed in the adjacent Battenberg Street, with over 60 new houses by Fold Housing Association now occupied, but this renewal area must be completed and must not be allowed to blight this community.

“Currently the Housing Executive, which is keen to see an element of private housing in the area, has commissioned a study to test what the private market could afford.

“That study must be completed and its findings revealed. It is clear that there will need to be a considerable element of social housing on the site and we will continue to press the Housing Executive to expedite this matter, to meet local housing need and to complete the regeneration of this part of the Shankill community.

“Today I have spoken to the DSD Minister Mervyn Storey and requested him to visit the area at his earliest convenience.”