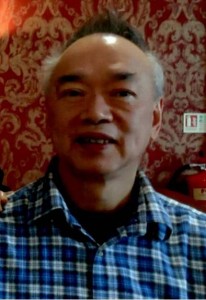 DETECTIVES from the PSNI’s Major Investigation Team have made a fresh arrest over the murder of Chinese restaurant owner Nelson Cheung.

The 65-year-old was stabbed to last Thursday in Randalstown, Co Antrim,

He and his wife Winnie, 57, were returned home from their restaurant in Randalstown when they were attacked and robbed on the Caddy Road.

Police say two vehicles were used to force their car off the road.

Mr Cheung, who was popular in Randalstown, later died from multiple stab wounds.

The 25-year-old was arrested on Sunday.

Two men, aged 30 and 43, have been released unconditionally.

In total, six people remain in police custody, including a boy of 14 and a girl of 16.

Meanwhile, the police have renewed their appeal for information about the attack that happened in the early hours of Thursday.

Following the attack, Mrs Cheung managed to raise the alarm at a nearby house.

When police arrived at the scene a short time later, they discovered Mr Cheung’s body.