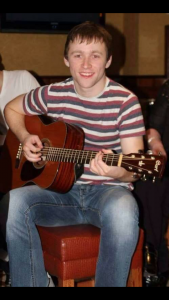 Missing Kieran Clarke has now been found safe by police

A MAN missing for more than 24 hours has been found safe by the PSNI.

Family and friends had been concerned for the whereabouts of Kieran Clarke from Kilkeel, Co Down.

They were worried he may have left the town via bus or taxi heading towards Newcastle wearing a green coat with a bag pack.

Kieran had no contact with his family for over 24 hours and his phone was switched off, which they say is unusual for him.

He added: “He will now receive the right support. Thanks for your shares and prayers.”